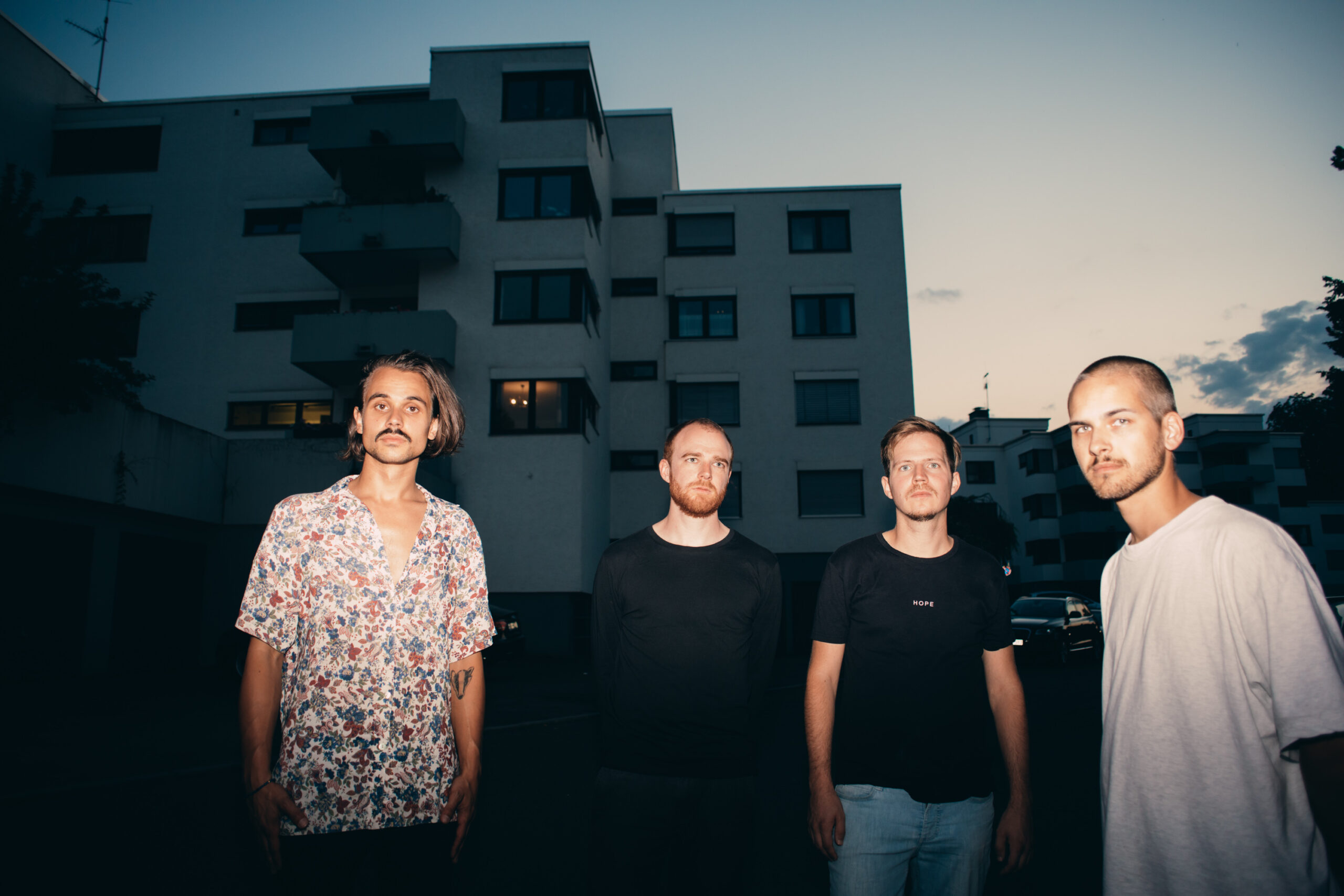 With the music video for »Armee mit tausend Köpfen« (Army With A Thousand Heads) and the associated Remix LP »Hinter unbewohnten Häusern« (Beyond Empty Buildings) with collaborations from artists such as Algiers, Nicolas Fehr, KiTZ, Lyschko, Frank Fenstermacher and many more, the band concludes the monochrome, dark cycle of »Hinter den Fenstern« (2015), »Unter den Augen« (2016) and »Aus Wachs« (2018). The song stands as a link between this phase and the second album, on which the band is currently working between Stuttgart and Berlin.

The song »Army With A Thousand Heads« describes realities of life in big cities between shattered dreams, monotony, hierarchies and grueling routine. One thinks of »Metropolis«, of »Brave New World«, of filled subway shafts at rush hour, exhausted silences and tired faces. Filmmaker Duc-Thi Bui, together with his team, has managed to portray the emotional world of the song in an impressive way on a visual level. In keeping with the music and lyrics of the band, the main character roaming through the city possesses something, if not hopeful, then at least searching, in small details of expression and gesture, despite all the monotony and sadness, which sets her/his/its apart from the robot-like existence.

Kaufmann Frust are four musicians from Stuttgart. Another band of modern existentialism, you think. But the foursome does a few things differently, taking distance from raw discharges and romping in downbeat anthems that capture the dreariness of the times like no other band in this country. Their post-punk is only part of the musical kit: the soaring post-rock parts, the minimal slow/sadcore melancholisms, the stoic wave borrowings add up to epic tangles that don't shy away from dancing with big pop moments. After their debut album »Aus Wachs« which was recorded in nerve-wracking live sessions with Ralv Milberg and was considered one of the most interesting albums of 2018 due to its unadorned urgency, the band is currently working on their new album at Funkhaus Berlin and together with Tobias Siebert at Radio Büllebrück Studios.