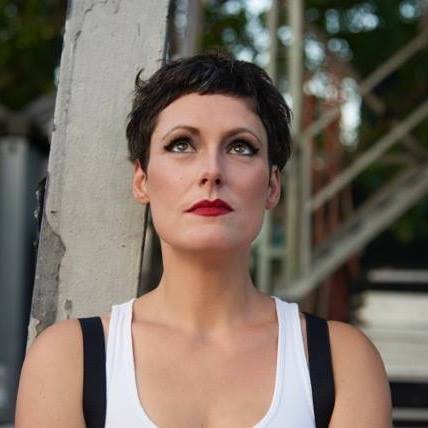 In Literal Music Videos, song lyrics are reshaped and re-sung in such a way that the lyrics describe the images of the music video as literally as possible. For her remix, Sandra Hartmann has taken this approach to paradoxically merge the original song, which has already undergone 11 remixes in various forms, even more closely with the music video. The congruence of song and image presses the music video remix project together onto one level of meaning. And at the same time, her work opens up new spaces for their own interpretation in this way. The entire musical effect implodes in an instrumental ending that was originally cut by Kaufmann Frust and now finds its new right to exist on a blank canvas – as a rebirth via 12 remixes.

Sandra Hartmann studied singing at the Stuttgart University of Music and Performing Arts, at the Würzburg University of Music and, as part of a study abroad program, at the Liszt Ferenc Academy in Budapest. Her repertoire includes oratorio literature and classical lieder, as well as chansons, hits and songs of the 20th century. With the program »Rosenzeit-Liebesleid« (love poems set to music by Peter Schindler) she toured throughout Germany and won the »Kleinkunstpreis Baden-Württemberg 2007« with it. She has repeatedly been a guest at the Staatstheater Stuttgart, at the Theater Lindenhof and since 2010 she has been a permanent guest at the Ensemble Materialtheater Stuttgart. At the engagement at the Friedrichsbau Varieté Stuttgart in the program »Déjà Revue« she was able to prove the multifaceted nature of her voice. There she premiered in 2019 with her chanson evening »Liebe ist hart, Mann!« in duo with Oliver Prechtl.